The White House has been speaking with U.S. oil and gas companies in recent days about helping to bring down rising fuel costs. Moreover, according to two sources familiar with the matter, this is due to the continuous oil price hike.

Energy costs are rising worldwide, in some cases leading to shortages in major economies like China and India. In the United States, the average retail cost of a gallon of gas is at a seven-year high. Moreover, winter fuel costs are expected to surge, according to the U.S. Energy Department. Oil-and-gas production remains below the nation’s peak reached in 2019.

The talks with energy companies touched on several issues, including prices, according to a third person familiar with the discussions. The administration has been in discussions with the oil industry over limiting methane emissions in recent months.

U.S. crude oil recently hit $80 a barrel for the first time in seven years, as the Organization of the Petroleum Exporting Countries and their allies known as OPEC+ restrict output. The White House has discussed rising prices with top OPEC producers in Saudi Arabia in recent weeks.

If you have further questions about the topic of oil and gas companies updates, contact Ranger Land and Minerals here. 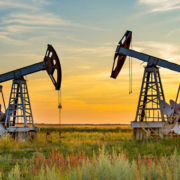 Gas Prices are Sky High and Bank of America Warns $120-a-barrel Oil is On the...
Scroll to top