JPMorgan Chase JPM, 0.48% Citigroup C, 1.06% and Bank of America BAC, 0.94% collected the most fees from the oil, gas, and coal sectors in the past six years, according to a Bloomberg study released Monday. Basically, financing the oil and gas industry by Major U.S. Banks is still a top priority of banks.

The news service said these and other major banks have drawn in at least $17 billion in fees and floated about $4 trillion in loans for fossil fuels since the Paris Agreement on climate was reached in 2015. So far in 2021, major banks helped generate $459 billion in bonds and loans for the oil, gas and coal businesses, according to Bloomberg data. The banks at the time led $463 billion worth of green bonds and loans. The study comes ahead of the UN Climate Summit starting Oct. 31 in Glasgow.

American oil history begins in a woodland valley along a creek in remote northwestern Pennsylvania. Today’s U.S. petroleum exploration and production industry is born on August 27, 1859, near Titusville when a well specifically drilled for oil found it.
If you have further questions about the topic of financing oil and gas, feel free to contact us at Ranger Land and Minerals.
November 16, 2021
https://www.rangerminerals.com/wp-content/uploads/2021/06/blog-post-images-1.jpg 550 1076 Ranger Land and Minerals https://www.rangerminerals.com/wp-content/uploads/2020/02/ranger-land-and-minerals-logo.png Ranger Land and Minerals2021-11-16 13:40:242021-11-14 20:08:20Financing Oil and Gas Industry by Major U.S. Banks Continues – Study Says 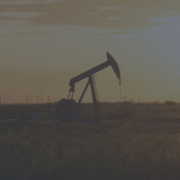 Oil and Gas ‘the future’ of Carlsbad and New Mexico
Oil Companies Profits Soared to $174bn This Year as US Gas Prices Rose
Energy Transition Leaders, Oil and Gas Giants, Hit Back at Climate Critics
Gas and Oil Industry | Where Will The Oil Industry Spend Its Money In 2022?