Industry Guides & How-To Resources with specific types of property or business. Check our valuable guides on this page today at Ranger Land & Minerals.

Oil and gas will continue to remain a significant part of oil-producing countries’ energy mix. The need for energy grows every year. With that, this will ensure global energy security in line with the green shift in mind as experts say.

The UAE was seeing record growth in renewables. This is what Sultan Al Jaber said. He is the United Arab Emirates’ special envoy for climate change and minister of industry and advanced technology

But while wind and solar accounted for most of the new power generation capacity last year, he said this still only comprises 4 percent of today’s energy mix.

“A successful energy transition must progress with economic and climate action in tandem. As part of this, we know we must do more now to reduce the impact of oil and gas on the climate,” he said.

In its monthly oil market report published on Sept 13, the Organization of the Petroleum Exporting Countries reported that world oil demand growth in 2022 remained unchanged from the previous month’s assessment “at a healthy level of 3.1 million barrels per day”.

If you have further questions about the topic of green shift, feel free to contact us here.

U.S. commercial crude oil inventories (excluding those in the Strategic Petroleum Reserve) increased by 1.1 million barrels from the previous week.  At 430.8 million barrels, inventories are about 2% below the five-year average for this time of year, according to the EIA crude oil and petroleum weekly storage data, reporting inventories as of September 16, 2022.

U.S. refinery inputs averaged 16.4 million barrels per day during the week ending September 16, 2022, which was 333,000 barrels per day more than the previous week’s average. Refineries operated at 93.6% of their operable capacity last week.

Two years ago, oil and gas companies in Texas were laying off employees. This is amid the most severe downturn in the industry’s history. This year, job growth in America’s oil and gas heartland has been so strong. As a result, labor shortages have prevented the industry from expanding.

According to the latest data, Texas added 2,600 new oil and gas jobs in August in the upstream sector. That was a decline from July when the upstream industry added 3,100 new jobs. Still a robust number and the latest proof that oil and gas companies are over the pandemic.

“Upstream employment is growing steadily alongside the world’s demand for affordable, reliable energy. The Texas oil and natural gas industry continue to play its leadership role in enhancing national and energy security in our nation and for our trade allies around the world,” said the president of the Texas Oil and Gas Association, commenting on the numbers released by the Texas Workforce Commission.

The data shows that since September 2020, the trough of the latest downturn, the upstream industry in Texas has added jobs at an average monthly rate of 1,943, for a total of 44,700 jobs added over the past two years. As of August, the total number of people employed by Texas upstream businesses stood at 201,700.

Upstream oil and gas employment is growing strongly in New Mexico as well: Texas and New Mexico share the Permian basin, seen as the top performer in the U.S. shale patch. The New Mexico Department of Workforce Solutions expects employment in that sector to expand by 10.8 percent by 2028.

If you have further questions about the topic related to oil and gas jobs, feel free to contact us here.

The latest data from the US Department of Energy shows that US emergency oil stocks have fallen to their lowest level since October 1984, down 8.4 million barrels to 434.1 million barrels in the week ended Sept. 9.

U.S. President Joe Biden has announced a plan to release 1 million barrels per day from the Strategic Petroleum Reserve over six months to help address high fuel prices in the country, which have contributed to rising inflation.

The G7 nations have agreed to implement a price ceiling on Russian oil exports in order to limit the country’s revenue from oil sales, as part of punitive measures against Moscow for the latter’s invasion of Ukraine. To ensure that oil supplies to emerging nations will not undergo disruption, the G7 has also agreed to take measures to ensure the continued flow of oil.

If you have further questions about the topic related to oil supply, feel free to contact us here.

Production taxes paid by the Texas oil and natural gas industry topped $10 billion in fiscal 2022. This is the highest amount the industry has paid in Texas history.

The fiscal record was reported after the industry has broken records nearly every month this year in both the number of jobs added and the record amount of taxes paid.

According to the most recent data published by the state comptroller’s office, production taxes paid by the oil and natural gas industry totaled $10.83 billion for fiscal 2022.

Both oil and natural gas production taxes exceeded the annual revenue estimate prepared earlier this summer by the comptroller’s office.

The record amount of taxes paid by the oil and natural gas industry fund two key expenses: the Economic Stabilization Fund (Rainy Day Fund) and State Highway Fund. The Rainy Day Fund has been used to fund public K-12 and higher education needs, retired teachers, and state police funds, in addition to other services in Texas. 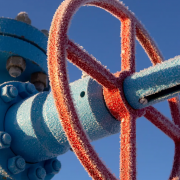 There is an oil price hike of 4% on Monday after OPEC+ crude producers agreed to cut output quotas and Russia said it won’t sell its exports to countries that abide by a US-led planned price cap.

Members of the Organization of Petroleum Exporting Countries and their allies agreed at a meeting Monday to reduce production by 100,000 barrels a day from October, surprising analysts who widely expected the group to maintain current levels. Leading oil exporter Saudi Arabia floated the idea last month to ease pricing dysfunction in the oil market.

Oil prices have slid about 20% from their June highs, in part because of growing concerns about a global recession that would knock demand. An OPEC+ cut to supply levels, even if small, could help support oil prices.

The group said it was returning quotas back to August levels because its previously agreed addition of 100,000 barrels a day in September was intended for that month only.

Oil market analysts had largely expected no change to supply from OPEC+, giving as one factor the uncertainty around whether the Iran nuclear talks would add more barrels to the market.

If you have further questions about the topic related to oil price hike, feel free to contact us here.

This bill, was recently thought to be on life support with very little chance of congressional passage. It is a sprawling piece of legislation. Also, it lowers prescription drug costs for those covered by Medicare and raises taxes on large corporations. It also represents the largest climate investment in American history. A preliminary assessment was done by the Rhodium Group. It estimates that it can reduce net U.S. greenhouse gas emissions to 31%-44% below 2005 levels by 2030, as compared to 24%-35% under current policy. According to the White House, the IRA will also reduce the deficit by hundreds of billions of dollars.

Specifically, it will raise over $700 billion in revenue for the federal government over the next 10 years, some of which will be put toward paying down the national debt and some of which will go toward lowering carbon emissions and extending subsidies for health insurance under the Affordable Care Act.

Among the mountain of provisions in the IRA is also language that reforms the oil and gas industry for the first time in decades. As POGO has been advocating for since the 1990s, it is imperative that the administration, specifically the Department of the Interior, take meaningful steps to ensure that U.S. taxpayers are paid their fair share for industry’s use of public lands.

Here’s our take on the good and the bad. Learn more when it comes to the oil and gas provisions in the IRA.

If you have further questions about the topic of the Inflation reduction act, feel free to contact us here. 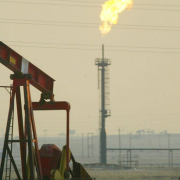 Global crude oil prices surged past $100 per barrel on Wednesday for the first time in more than three weeks following a warning by Saudi Arabia that oil-producing nations may have to cut output to deal with the recent drop in prices, amid fears of a global recession.

The U.S. West Texas Intermediate benchmark has also risen 5.5% since Monday to $94.50 per barrel.

Saudi Arabia’s Energy Minister Prince Abdulaziz bin Salman told Bloomberg earlier this week that the OPEC+ group of oil-producing nations may be forced to cut output to deal with “thin liquidity and extreme volatility” in the oil market.

According to Reuters, the slashing of output may not take place immediately but will instead happen once Iran returns to the global oil markets after securing a nuclear deal with the West.

OPEC+’s oil output in July was already 2.9 million barrels per day below its target, Reuters reported, citing unnamed sources. It is unclear if this purported deficit would impact the bloc’s plan to cut back on production.

If you have further questions about the topic of Crude Oil Prices, feel free to contact us here. 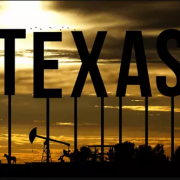 As drilling activity in Texas continues to increase, so are job levels for the state’s oil and natural gas industry. How does it affect the Texas oil And gas employment trends?

If you have further questions about the topic of, feel free to contact us here.

Iran has considerable volumes and barrels of oil in floating storage. It could quickly release should a deal with the United States be finalized.

In an update earlier this month, OilX claimed that Iran has some 40 million barrels. The bulk of which is probably condensate.

Vortexa estimates Iranian crude in floating storage at 60 to 70 million barrels. Moreover, Kpler has estimated them at 93 million barrels, Bloomberg reported on Sunday.

The barrels of oil volumes would not be released immediately. However, as issues such as insurance and shipping would need to be dealt with first.

“Iran has built up a sizable flotilla of cargoes that could hit the market fairly soon,” John Driscoll from JTD Energy Services told Bloomberg.

Currently, Iran and the United States are both considering the final version of an agreement proposed by the European Union, which is acting as an intermediary in the negotiations.

According to recent reports, some of the problems have been straightened out but others still remain and need to get resolved before a deal is finalized.