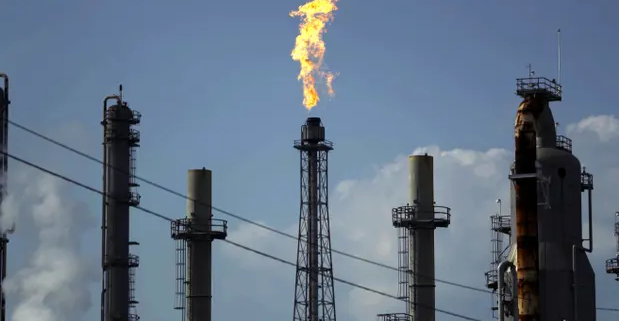 The tumult of war and climate breakdown has proved lucrative for the world’s leading oil and gas companies, with financial records showing 28 of the largest producers made close to $100bn in combined profits in just the first three months of 2022.

Buoyed by oil commodity prices that soared following the turmoil caused by Russia’s invasion of Ukraine, major fossil fuel businesses enjoyed a bonanza in the first quarter of the year, making $93.3bn in total profits.

Shell made $9.1bn in profit from January to March, almost three times what it made in the same period last year, while Exxon raked in $8.8bn, also a near threefold increase on 2021.

Chevron upped its profits to $6.5bn and BP revealed in its highest first-quarter profits in a decade, making $6.2bn. Coterra Energy, a Texas-based firm, had the largest relative windfall of the 28 companies, with a 449% increase in profits on last year, to $818m.

The rocketing profits, at a time when inflation has surged in many countries, has prompted several of the companies to return billions of dollars to shareholders via share buybacks and dividends.

If you have further questions about the topic related to the largest oil and gas producers, feel free to contact us here.